When I started seriously collecting scale models (a.k.a. toy cars) around 18 years ago, there were practically no scale model military vehicles for sale. But there have been quite a few in the past few years, although these tended to be of low quality and made of plastic. A few years ago I had some luck and was able to buy some nice quality military vehicles. Today was the first time I saw these Maisto Fresh Metal Forces vehicles. 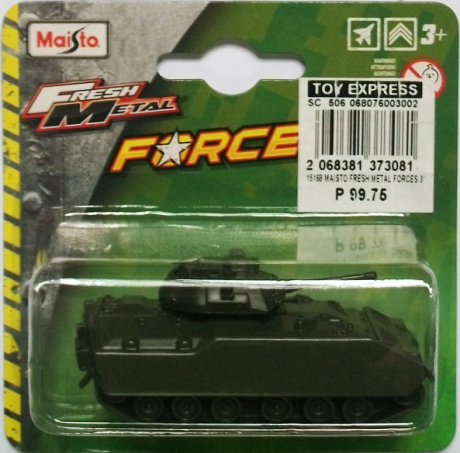 The one shown at the top has no identifying label at the bottom but it seems to be an M1A1 Abrams Main Battle Tank. The one below it has the words “M2 BRADLEY IFV” at the bottom. The bodies seem to be made of metal and the bottom made of plastic. Each has four hidden wheels at the bottom. The detail on the bodies are nice, but not as nice as those on my Siku and Tomica military vehicles. 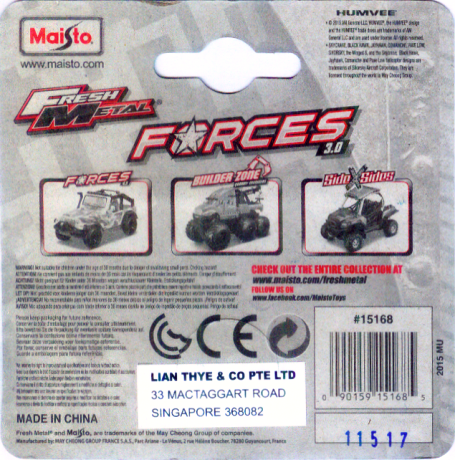 Unfortunately, the tanks are in blister packs, so in my possession they will forever remain sealed. Perhaps in the future I’ll buy extra copies and open them so that I can take more detailed pictures of them from different angles.